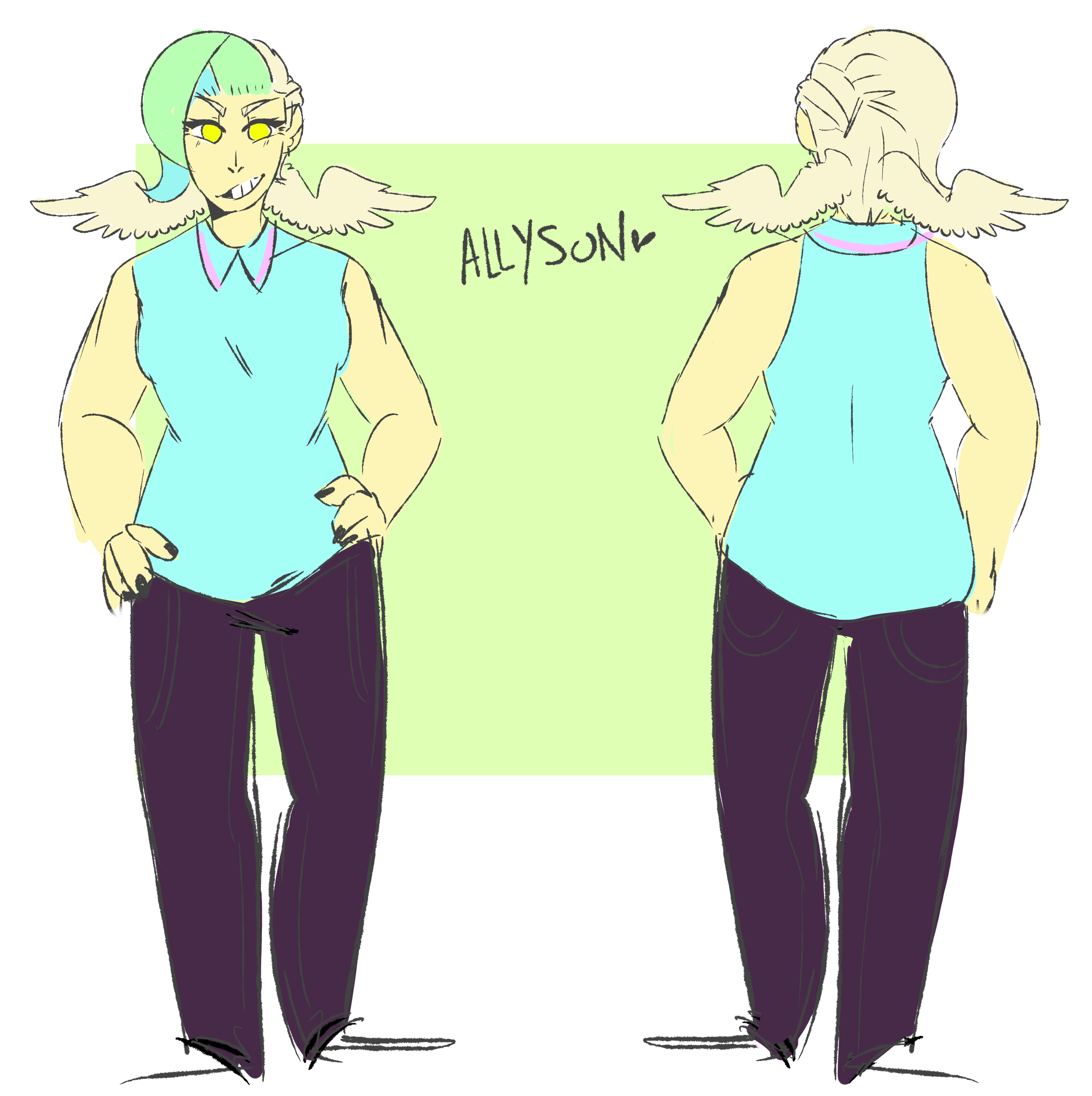 Allyson Fei
Allyson had a fairly decent life for an aviator. Her parents did their best to provide her with food, occasionally sacrificing their own for her to eat. She was always really close to her uncle, Justin, though, and her parents took notice of it.
Once their upper-class uncle had died and they read what he had left for Justin, they immediately sent her off to live with him. Justin was happy to take her in, and immediately used his newfound funds to send her to a decent school. He treats her as a younger sister, and she sees him as an older brother, knowing they could tell each other anything openly.
Even so, she had a lot of trouble coming out as trans to him, as she was terrified he wouldn't accept her and kick her out. Justin is very accepting, being slightly protective of her, but not nearly as much as March is of Paradich.
She bleaches her hair and wings, with them being naturally black, and has two streaks of teal and grey to semi-match with Paradich. She tends to use her wings to cover her face when she's nervous, and they flap softly when she's excited.