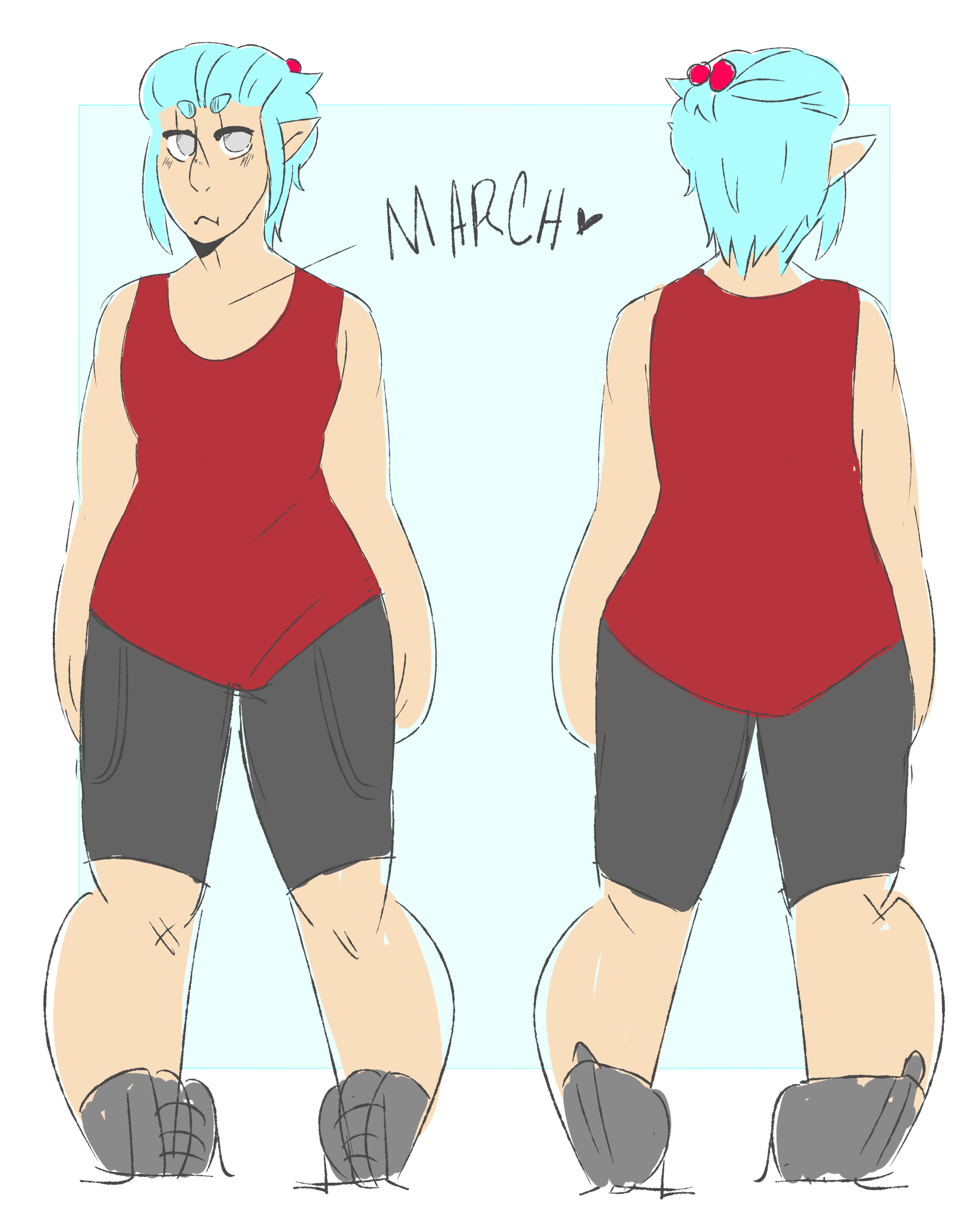 March Placido
March is a short-tempered, weak child with a large attitude. He refuses to play any mental games, and therefore values his friends over family. Although he has hereditary poor eyesight, he refuses to wear glasses. He likes meeting and talking to people, but hates crowds. He also has trouble expressing his romantic feelings, resorting to violence and aggression rather than showing his affection.
Being born middle class, he didn't have too many problems, and therefore not much to complain about. That is, until his then sister was born. Their mother died giving birth, and their father coped by resorting to gambling.
He was by no means abusive, in fact he was extremely supportive, just awful with money. To help support the three of them, March began working at Jamba Juice at 16. Their father thought he'd be better off money-wise if the children were out of the house, so when March turned 17, he bought them an apartment in a decent neighborhood to live together. After some time, March got another job as a graphic designer, moved into a better house, and pays his own rent.