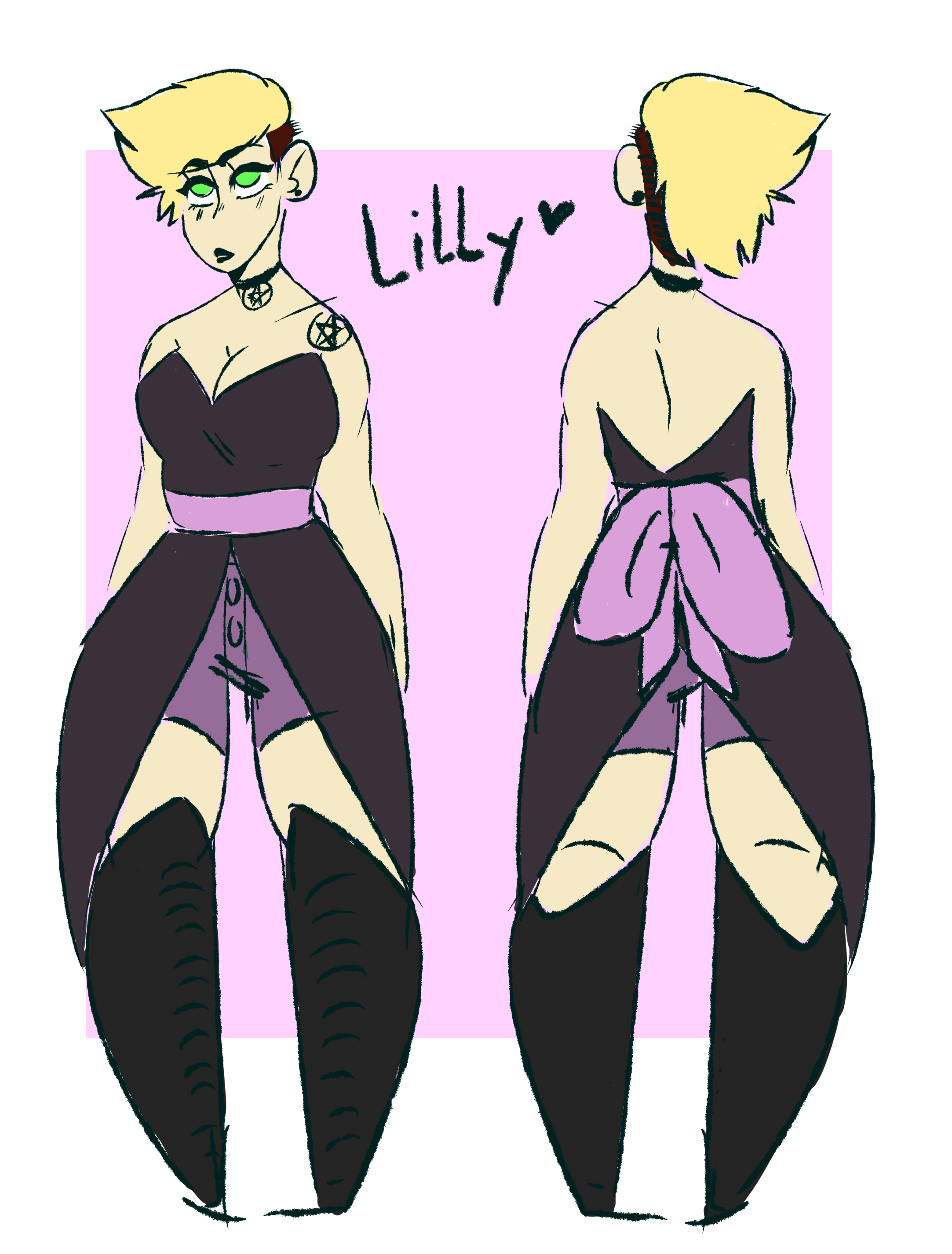 Lilly Brighid
Lilly is your average antisocial sophomore witch, but she has one hell of an attitude. She wears black lipstick, paints her nails black, and wears a choker, just to show how much she's playing around. She hates when people try and hit on her, considering she's asexual and aromantic, and will go off on you 'til your ears fall off if you do. Personality wise, Lilly's extremely confident and cocky, and showing off something she's made is a common practice of hers. She also really enjoys spellcasting and is quite proficient in it. She's not as good as Jaiden, but she works hard to be as good as she can, even going as far as getting occasional tutoring from him to further her skills.
Her parents are usually on some kind of business trip or vacation, seeing as they work together, leaving her alone in the house to take care of herself. She really tries to get close to them, but they're not home long enough to really form a connection. She's convinced herself it's better this way anyway, as if she formed a good realtionship with them, it would hurt more when they leave.
Lilly's best friends with Grace and is also quite good friends with Jaiden, and together they make up a trio similar to the Three Musketeers. They're basically her escape from her lonely home life, and she hangs out with them as much as possible. They're always hanging out together, and if you mess with one of them, you mess with them all. Although she isn't the smartest of the group, and definitely doens't look the part, she's actually quite smart, keeping up high Bs and low As in her classes.