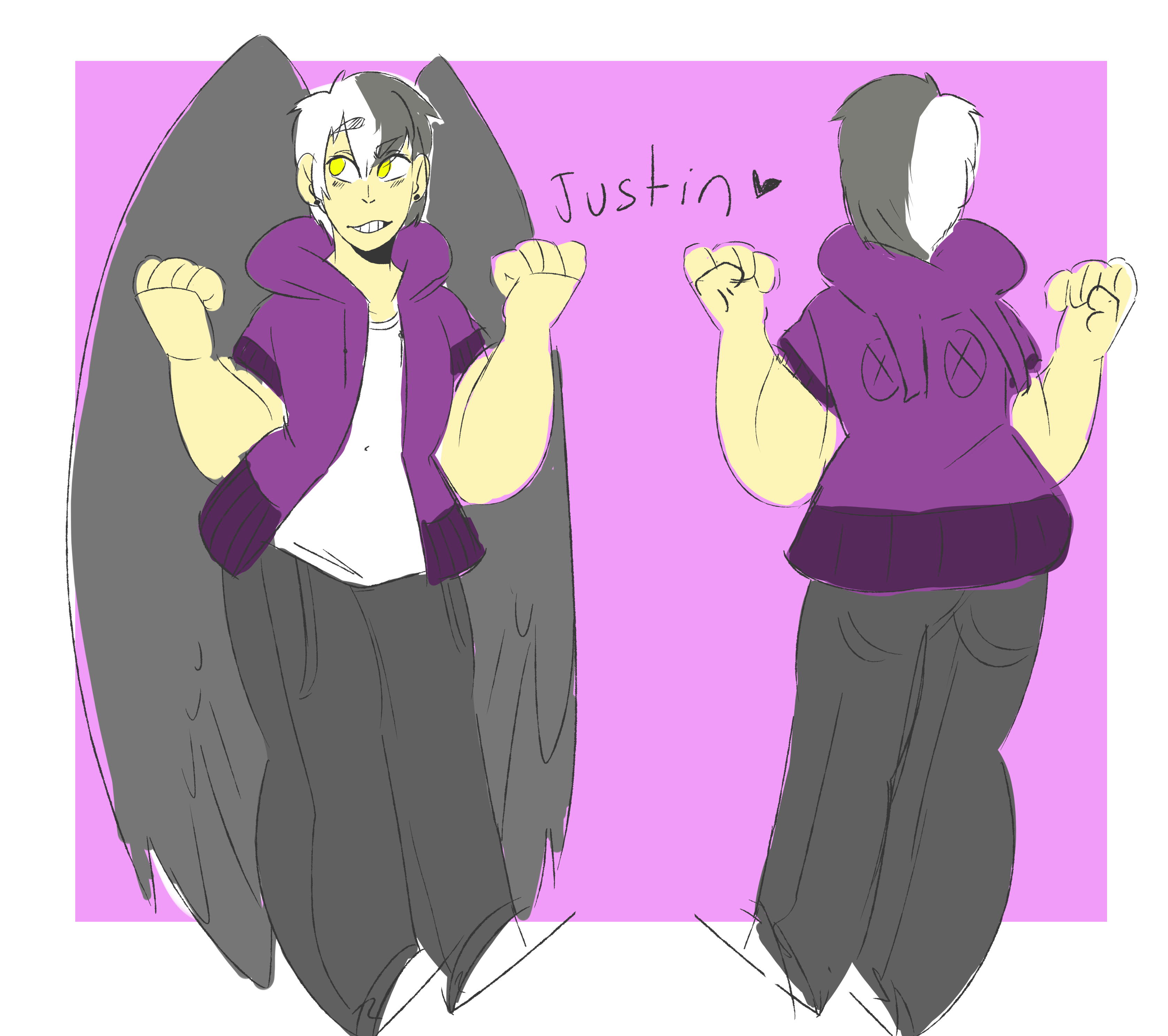 Justin Fei
Justin is a very outgoing, loud, and extroverted guy. He flirts with everyone, even if it's just a subtle wink or comment. Nobody is free from his grasp, as he's a very romantic person. Although his lines are extremely smooth and his comebacks are quick, he'll fumble and stutter in the presence of someone he's genuinely interested in, showing to be very awkward and nervous in a real relationship. He relies on love more than anything and never really thinks about the reality of his life. Because he's an aviator, he was born into a lower-class life of poverty, growing up in a run down apartment.
As a result of low income, they struggled to find the money to buy food, and he generally ate around once or twice a week. They commonly couldn't afford cleaning supplies and the house ended up dirty constantly. This went on until he was old enough to get a job and began flipping burgers. He was very optimistic and hard working, doing his best to get good grades in school and applied for jobs. Of course, none of them accepted because of his class.
There was one light at the end of the tunnel for him at the time, of course; his upper-class uncle. Justin's family and basically all of the people related to said uncle basically used him for money to survive. Once he died, he left most of his fortune to Justin with a no-contest rule, sealing the deal as genuinely his. He used the money to send his niece, Allyson, to a decent school and that ended up helping her make friends. He tends to stay at their houses, as he loathes returning to his own. Through it all, he retains his optimism, hoping one day to earn enough money to buy a large house with a pool to live in with his family.